“Those who fail to learn from history are doomed to repeat it.”– George Santayana

How quickly we forget. With the Inquisition still fresh in memory, America’s Founders embraced democracy as a means to protect liberty from the manipulations of faith. That’s why facts were enshrined at the core of self-governance grounded in the rule of law. The duplicity at the heart of the U.S.-Israeli relationship puts that founding principle at risk. 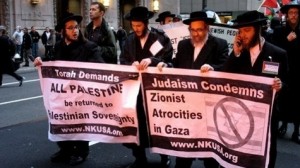 For seven terrifying centuries, heretics were punished under canon law. In 1633, Italian astronomer Galileo Galilei was condemned for “grave suspicion of heresy” when he showed that the Sun—not the crown—was the center of the universe despite what the King’s subjects—with help from the Church—had been induced to believe.

With the merger of church and state in the 4th Century Roman Empire, anyone daring to dispute papal authority—by challenging with facts the One True Faith—was condemned as both a heretic and an enemy of the state. That practice continues in modern times.

The New Heretics are those few who challenge America’s faith in its “special relationship” with an extremist enclave granted nation state recognition in 1948 by a Christian-Zionist president, Harry Truman. Critics of this enclave invite condemnation as “anti-Semites,” a modern form of social excommunication.

Defenders of the Zionist Faithful were forced to become more vigilant in monitoring this heresy after Israeli troops used U.S.-provided arms and munitions to kill more than 1,400 Palestinians in Gaza, one-third of them reportedly children.

That well-timed attack, planned for more than a year, was scheduled between Christmas and the January 20th presidential inaugural. Within 48 hours of ending its assault, Israel had dispatched an army of bloggers to counter anti-Zionist websites. By early February, the Anti-Defamation League was bemoaning a “pandemic of anti-Semitism.” The massacre fueled outrage worldwide even as the ADL portrayed that anger as “anti-Semitism.”

By early March, Israeli policy was being described as a threat to international peace and security, a violation of international human rights and a crime against humanity. By associating the U.S.—its ally—with this behavior, the U.S.-Israeli “special relationship” fueled anti-American hatred, fanned the flames of extremism and set the stage for more terrorism. Meanwhile a wave of modern-day excommunications swept college campuses:

• At Hampshire College in Massachusetts, students urged the school to divest from firms whose operations support the Israeli occupation of Palestine. When Israeli policies were compared to apartheid-era South Africa, Zionist Law Professor Alan Dershowitz condemned the students as “rabidly anti-Israel” (enemies of the state).

• At Canada’s Ottawa College, Students Against Israeli Apartheid were prohibited from displaying a poster condemning Zionist policies that president Jimmy Carter had already condemned in his 2007 book, Palestine: Peace Not Apartheid.

• At the University of California, Santa Barbara, Professor William Robinson (Jewish) was attacked as an anti-Semite in an ADL-coordinated silencing campaign. His heresy: sharing with students a photo-essay critical of Israeli policy that had circulated for weeks online. [See “Treason in Plain Sight?” and “The ADL Thought Police.”]

Meanwhile Pope Benedict XVI attacked an Argentine cleric whose excommunication he had lifted. As head of the Roman Catholic Church, Benedict claimed he was unaware that Bishop Richard Williamson had challenged key facts of the Holocaust. When condemned by the Pontiff, Williamson apologized. The Vatican insisted he recant, a concept lifted directly from the Inquisition.

Critics suspect this early February dispute was meant to distract attention from the carnage in Gaza and create sympathy for Israel by evoking memories of the Holocaust. No media outlet mentioned that this German Pope, the first since 1523, previously led the Vatican’s Congregation for the Doctrine of the Faith, a direct descendant of the Church’s 16th century tribunal, the Supreme Sacred Congregation of the Universal Inquisition.

The fiercest condemnation of the bishop’s reluctance to recant came not from Rome but from Angela Merkel in Berlin who was elected German Chancellor in 2005. No media outlet mentioned that in 2003 Zionist media mogul Haim Saban acquired control of ProSiebenSat.1, Germany’s second largest broadcaster.

While wielding a major opinion-shaping media outlet during Merkel’s ascendancy as Germany’s first female chancellor, Saban described himself as an “Israeli-American” and “a one-issue guy and my issue is Israel.” Steve Rattner, Saban’s financial adviser, explained the motive for his media acquisition: “He thinks Germany is critical to Israel.” Rattner re-emerged as president Barack Obama’s auto industry “car czar” before resigning in mid-July due to a pension fund scandal.

To put these media-dependent developments in historical perspective requires a grasp of how—in the Information Age—warfare is waged not on a traditional battlefield but in the shared field of consciousness. In the public’s shared mindset—where consensus opinions are created, shaped and sustained—facts are routinely displaced with what “the mark” can be induced to believe.

That’s why national security agencies must monitor media czars such as Saban who is candid about using his influence to advance Zionist goals. In June 2006, a Saban-led group acquired Univision, the largest Spanish-language broadcaster in the U.S. With Latinos the fastest-growing voting bloc in the U.S., Univision is critical to Israel’s ability to sustain its control of U.S. foreign policy. Univision is the fifth largest television network in the U.S., reaching 98% of Spanish-speaking households through 62 television stations, 90 affiliate stations and more than 2,000 cable affiliates. [See “How the Israel lobby took control of U.S. foreign policy.”]

For a system of self-governance reliant on informed consent, it is difficult to overstate the threat to democracy when policy-making is filtered through the pro-Israeli bias of media-owning Zionists. In addition to emerging as a reliable EU advocate for Israeli policies, Merkel threatened to arrest Williamson for Holocaust denial on a EU-wide warrant. A search of her phone records would doubtless uncover a discussion with a key supporter, Haim Saban.

Zionists and the lawmakers they groom are well positioned to advance a modern-day Inquisition—as when Bishop Williamson simultaneously faced arrest in Europe and expulsion from Argentina, the site of a seminary he directed and home to the largest Jewish population in Latin America.